The region has implemented real and tangible improvements to its business climate in the past years, including the adoption of the eRegulations system, an electronic tool developed by the United Nations Conference on Trade and Development (UNCTAD) to help governments make rules and procedures fully transparent and facilitate business, trade and investment. Each national Delegations’ presentations of their business climate reforms during the regional Business Facilitation Workshop (Ouagadougou, April 2015 – organised by the UEMOA Commission and the BizClim Program of the European Union) confirmed these good results and encouraged UEMOA countries to propose a new set of ambitious – yet realistic – objectives for 2016. A new workshop held in Ouagadougou from October 25th to 30 2017 has confirmed the initial objectives.

Additionally, the UEMOA Commission has decided to monitor, through the Implementation Unit of the Regional Business Climate Improvement Program (PRACA), the impact of national reforms in order to encourage the exchange of good practices and positive competition among member States. 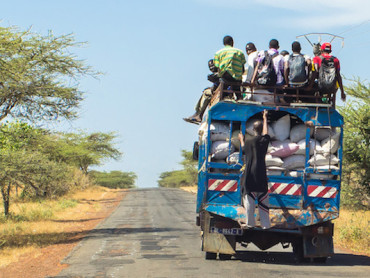 This is what a trader importing rice from Dakar to Bamako has to fill out or provide. 94 forms, customs...